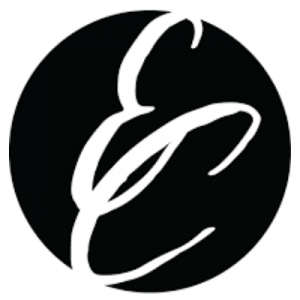 “There are 9 million people in New York City, and every one of them has given us a reason to reach out to the community around us. No one in this city should have to beg for food, shelter or clothing. Our heart’s desire is to eliminate hunger and homelessness.” – Evangel Church

The mission of 9 Million Reasons is to serve the homeless and underprivileged. Since there are 9 million people in New York City, the organization reaches out to serve the surrounding community. The people of Evangel Church believe that no one in New York should have to beg for food, shelter or clothing. They ultimately want to eliminate hunger and homelessness. Although the Evangel Food Pantry is funded by 9 Million Reasons, it is housed in the church and run by church members. 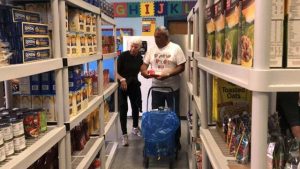 Andrew Marko wears many hats at the church. Evangel Church was started in 1933 by his great grandfather. Marko is one of the pastors and sits on the board of directors of the Evangel Church and the board of 9 Million Reasons. Marko says, “I’m also kind of the de facto IT guy.” Having grown up in the church Marko says that he does whatever needs to be done, from fixing phones to speaking on Sunday. Everyone here is all-hands-on-deck for whatever needs to get done.

Prior to using Flowroute, now part of Intrado, for their phone service, Evangel Church was using traditional analog POTS lines with the original copper wiring. The monthly cost was very expensive and Marko set out to try and get the price down. He went through an evolution of things that saved money with a local provider and when the church finally had Internet service, he saw the opportunity to get out from under the T1 and gain flexibility by going over the internet. They originally were using Vitelity as a SIP trunk, and a sort of backup to the T1. They never really liked the quality of service from the calls on Vitelity even though the pricing was an improvement from what they previously had used.

Then in late 2014, Flowroute was highly recommended as an alternative to Vitelity. Marko tested Flowroute out and, to his surprise, couldn’t tell that he was on a SIP line. Marko remembers thinking, “Wow, that’s just amazing. It’s just like on a regular telephone line”. They were sold on Flowroute, set everything up, and have been successfully using Flowroute ever since.

“With Flowroute, the quality of calls, pricing and customer service have all been great. It’s a triple win,” said Marko.

New York becomes a Hotspot in a Global Crisis 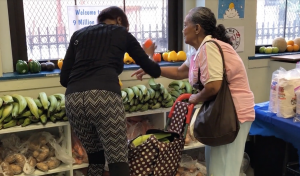 The Evangel Food Pantry was feeding a few hundred families per week. And then, in early 2020, New York suddenly became a hotspot of a global pandemic. The food pantry was featured on the local news and the calls just started flooding in. The Evangel Food Pantry is housed within the 100,000 square foot building that makes up the church and school. Since the crisis started the facility that is normally a church and school has been dedicated to helping the community. The whole gym is filled with food, the cafeteria is filled with food, all of the classrooms are filled with supplies. It’s everybody on board. The food pantry received over 6,000 requests for home delivery within a few weeks. Just receiving all of those phone calls put a huge strain on their phone system. 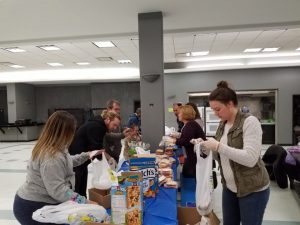 Marko had to quickly set up a call center staffed with volunteers and 10 phones going on any given day. Flowroute worked with them to lower their rate and they were able to adjust the call centers, so people weren’t on hold for too long. The first day there were almost 80 people on hold at any one time. They are now able to adjust and have a call back if there are more than 5 people on hold. They also had to completely rework their phone tree to accommodate the crisis.

Flowroute has allowed the food pantry to scale from 3 or 4 simultaneous phone calls to suddenly 30, 40 or 50 simultaneous calls. This wouldn’t have been possible on their old system. Flowroute is different from traditional service providers – where scalability can be a challenge because the voice networks may have a limit on the number of channels that can be provisioned.

With Flowroute every account has dynamic scalable capacity built into it without call path restrictions. Customers can scale literally overnight without any involvement from Flowroute. Because Flowroute is deployed as an autonomous cloud software platform, resources can be provisioned with only a few clicks. 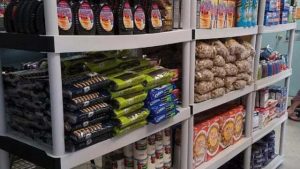 The amount of food moving through the Evangel Food Pantry during this crisis is striking. In the first month the food pantry fed almost 40,000 people and delivered over 350,000 pounds of food. That’s staggering compared to the pre-crisis amounts. Before, they were feeding 500 to 600 families on a big weekend. That translates to 1,300 to 1,400 people. Now they are feeding 800 families every single day. The need has gone through the roof. Just keeping the food supplies replenished has become a challenge. 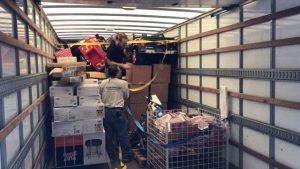 Evangel Food Pantry gets food donations through a local food rescue organization, through government funding and some private donations. Before the crisis they weren’t doing home delivery. It’s a whole new concept for them. They are partnering with delivery services for last mile deliveries too. The food pantry tries to give each family enough groceries for 26 meals. The Evangel Food Pantry is located in Long Island City, just east of Manhattan, in Queens. Their primary focus has been Queens, most of Brooklyn, the lower half of the Bronx, and the vast majority of Manhattan. 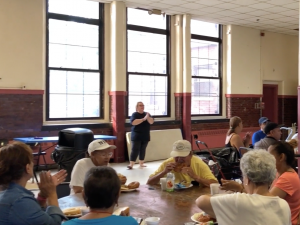 Marko doesn’t see the demand going down anytime soon. Even as things start opening back up it’s not likely going to put people back to work immediately in the communities the food pantry is serving. Most of the families served by the food pantry are the most vulnerable in the community. They’re the first ones to get furloughed and laid off and they’re often the last ones to get rehired. The Evangel Food Pantry has a few months before school starts back up. They’ll have to figure out if they need to move production to a warehouse so school can resume where pallets of food are now stored. 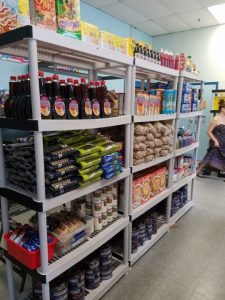